The main aim of the course is to provide participants (and indirectly students) with specialized and interesting knowledge about Spain.

We want to develop skills in planning, scenarios creating and programming course about Spain. It is mainly directed to teachers of Spanish, but it could be helpful for students of any form of applied iberistic philology.

This course extends capacities to define attitudes, including openness and creativity in planning their own activities. The participants acquire the ability to find out consciously their abilities to improve and develop their own talents, ideas, gain aims, find the best way to explain how amazing is to study Spanish. Through detailed workshops and simulations, this interactive training delivers a comprehensive knowledge of establishing own class schedule, course program, game or exam.

This course is recommended also for anybody who is fun of Spain and who wants to visit this country more aware of wealth of Spanish heritage.

Presentation of the course participants.

What do you think about Spain?

The most important events in a history of Spain and their influence on the history of the world and a Spanish culture nowadays.

Common episodes in the history of Spain

The legacy of the Roman Empire: Hispania.

The world of the Visigoths.

Jewish elements in monuments in Spain.

Fascinating and unique places in Spain.

Differences between north and south diets.

Food ingredients made in Spain.

Knowledge about olive oil. A technological process of oil production.

Recipe to prepare tortilla and gazpacho.

Cultural festivals and ceremonies in Spain.

The world of flamenco.

Sevillanas. Basic steps of this dance.

What do you think about Spain now?

The methodology used is a mixture between theoretical training and workshops training based on real-life examples. Different methods enable the participants to develop and create their solutions for their own professional needs and the needs of their students.

Practical part contains creating auto-program of classes and auto-scenario of lessons to introduce an interesting knowledge about Spain during language study. Also, it helps to create original games and quiz about funny places and events in Spain to develop a practice form to control students´progress.

By completing this course, participants will be able to:

Confirmed dates
Are you a group of 5+? Choose your own dates course! 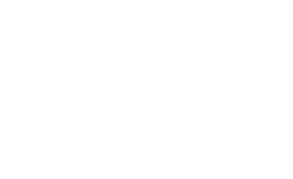 This website uses cookies to improve your experience while you navigate through the website. Out of these, the cookies that are categorized as necessary are stored on your browser as they are essential for the working of basic functionalities of the website. We also use third-party cookies that help us analyze and understand how you use this website. These cookies will be stored in your browser only with your consent. You also have the option to opt-out of these cookies. But opting out of some of these cookies may affect your browsing experience.
Necessary Always Enabled
Necessary cookies are absolutely essential for the website to function properly. These cookies ensure basic functionalities and security features of the website, anonymously.
Functional
Functional cookies help to perform certain functionalities like sharing the content of the website on social media platforms, collect feedbacks, and other third-party features.
Analytics
Analytical cookies are used to understand how visitors interact with the website. These cookies help provide information on metrics the number of visitors, bounce rate, traffic source, etc.
SAVE & ACCEPT
Powered by